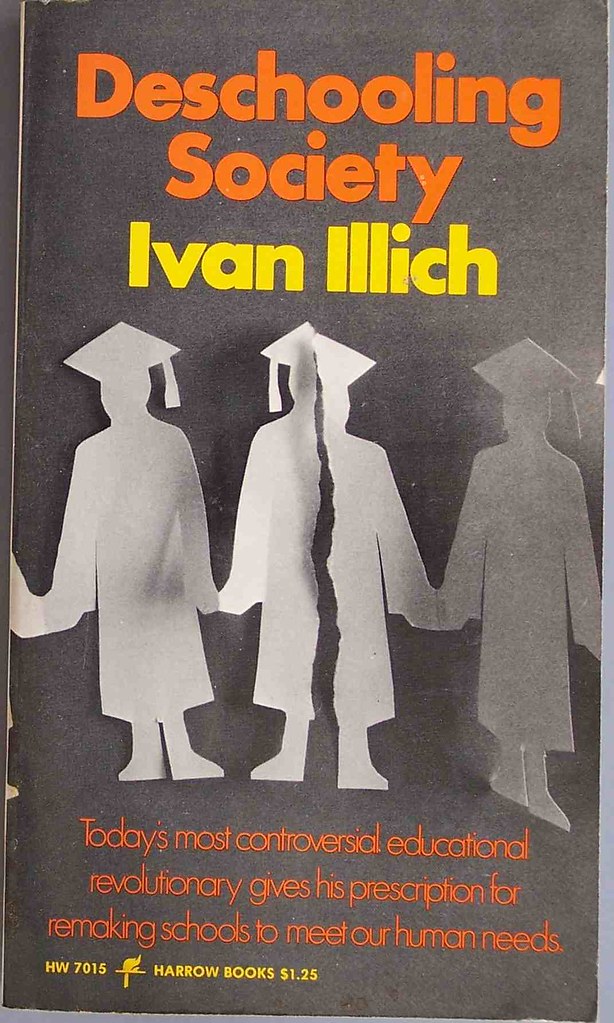 DeSchooling Society was the first book of the 20th century iconoclast, Ivan Illich. Though he was born in Vienna, he became a Roman Catholic priest and spent most of his life working in Puerto Rico and Mexico.

As the critic George Sciallaba puts it, “He thought the educational system had no good reason to exist. It was, like every modern service industry, in the business of creating and defining the needs it purported to satisfy – in this case, certification as an expert – while discrediting alternative, usually traditional, methods of self-cultivation and self-care. The schools’ primary mission was to produce people able and willing to inhabit a historically new way of life, as clients or administrators of systems whose self-perpetuation was their overriding goal. Thus schools produce childhood, a phenomenon that is, Illich claimed, no more than a few centuries old but is now the universal rationale for imposing an array of requirements, educational and medical, on parents and for training people as lifelong candidates for credentials and consumers of expertise.”

Or as Illich said himself in the book, “School prepares for the alienating institutionalization of life by teaching the need to be taught. Once this lesson is learned, people lose their incentive to grow in independence.”

You can find the text on Academia.edu.